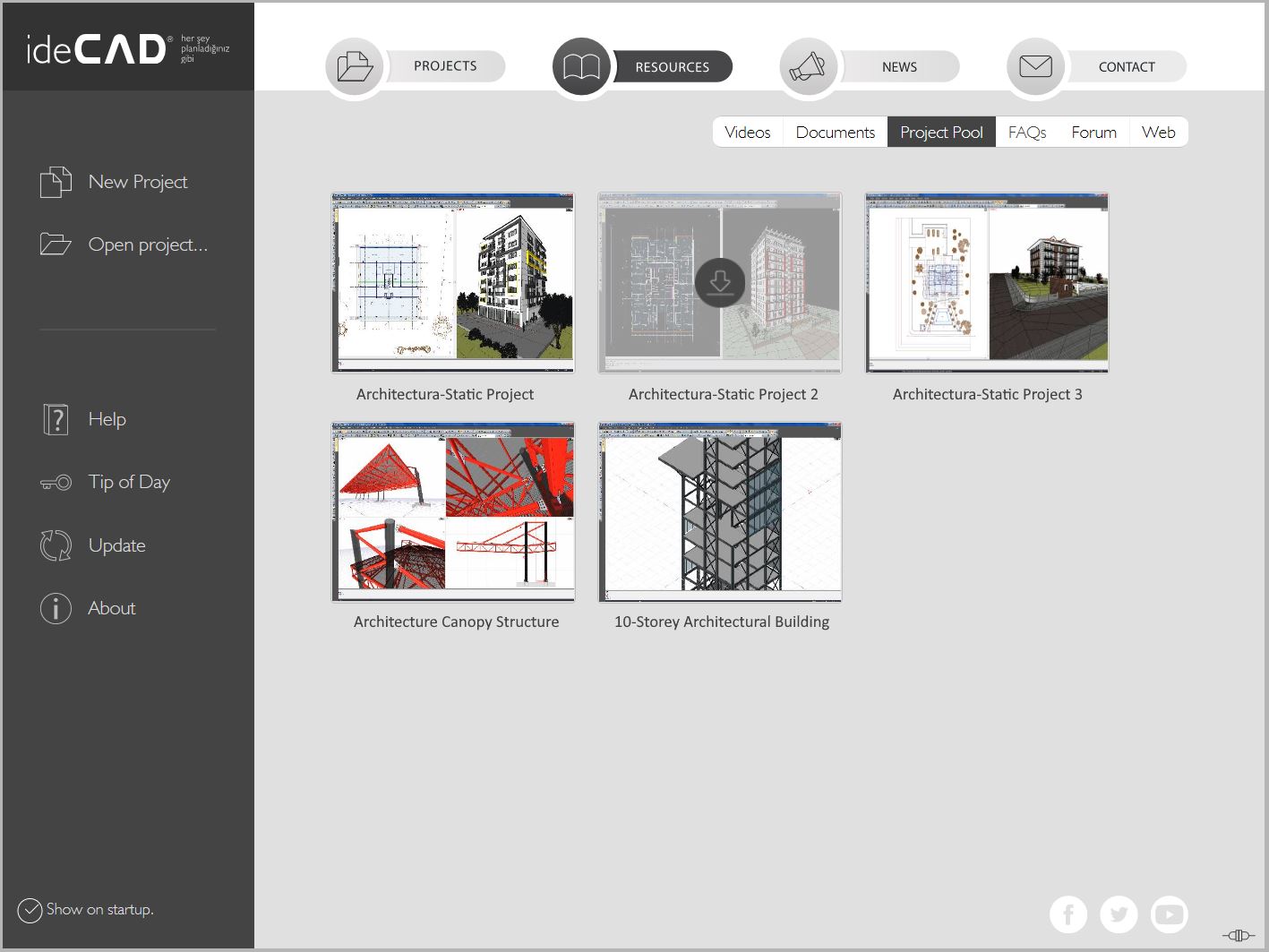 Command line and keyboard shortcuts in addition to data entry, with the new "command search" box, you can easily access the commands you need.

Using the latest software technologies, the ability to redesign animation according to today's needs is added directly to ideCAD Architectural 10.

Preparing animation within the architectural program without using intermediate program enables the changes to be made in the project more controlled and easier. 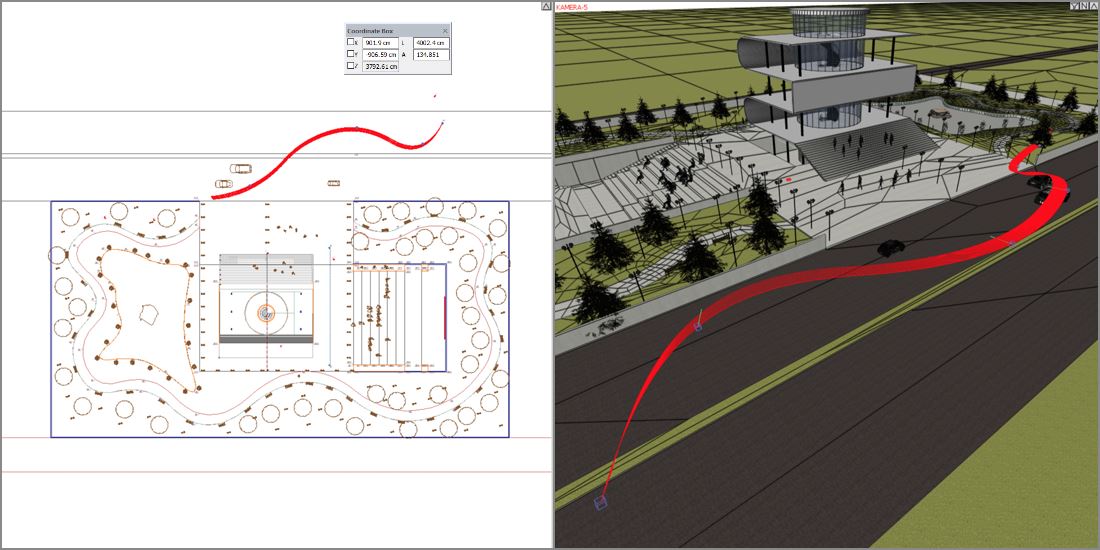 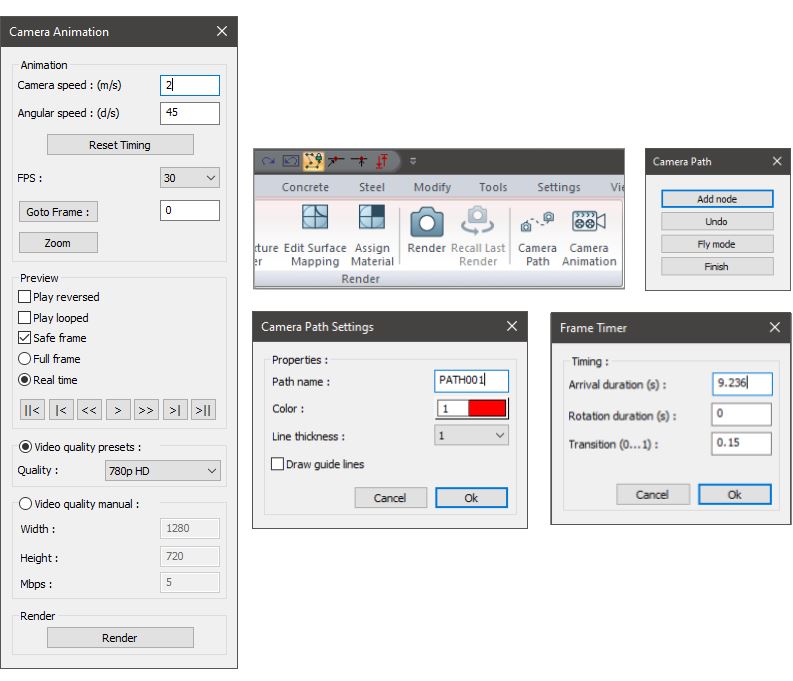 For each of the camera road segments, you can intervene in the time of the trip and adjust the camera speed. You will save time by following the changes in the auxiliary lines before making the changes.

With the innovations in version 10, you will be able to see the environment by turning from a single point in narrow spaces such as bathrooms and kitchens so that you can create uninterrupted and more realistic animations.

The textures assigned to the objects are provided with the possibility of editing in the setting dialog of the object itself.

With this feature, you will see a "single material name" for that texture in your material list. If you make changes by selecting the material from the list (such as reflection, transparency, embossing), all objects to which this material is assigned will be applied in one step. 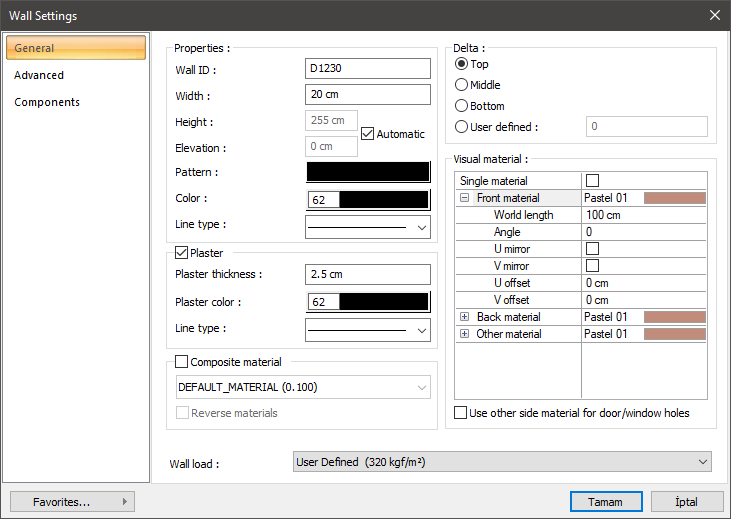 A new interface that you can work with a preview of the texture in the material list. 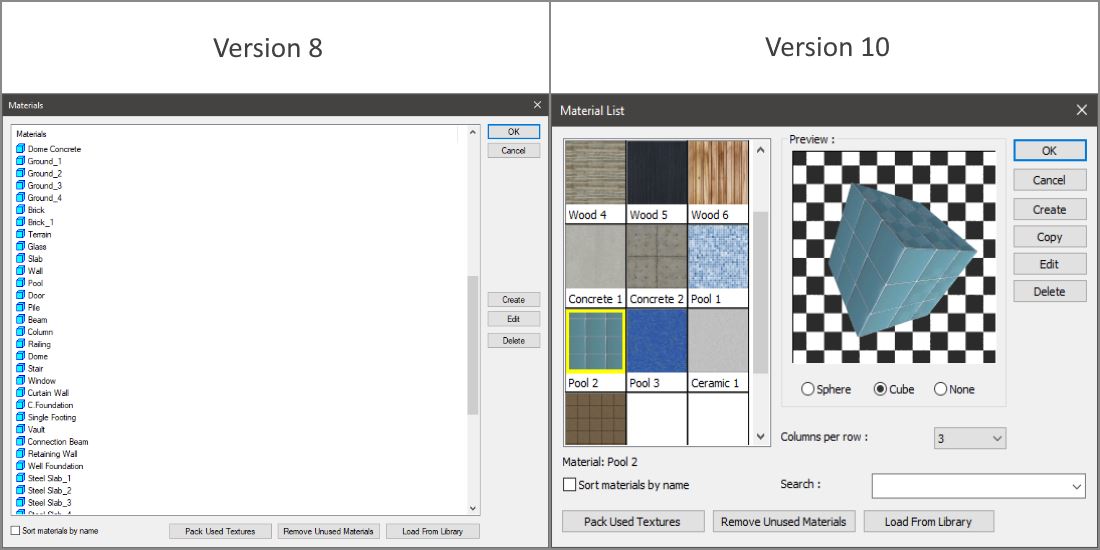 In the previous versions, for identifying material to an object, such as a wall; wall settings, front, back and side surfaces had to select materials from the list. With the command "assign material" in version 10, the texture can be assigned at one time by selecting objects or surfaces directly from the perspective screen and the existing texture can be changed. Without entering to the object dialogues, it is possible to work in 3D and yhe project is prepared with a much faster and more enjoyable working method. 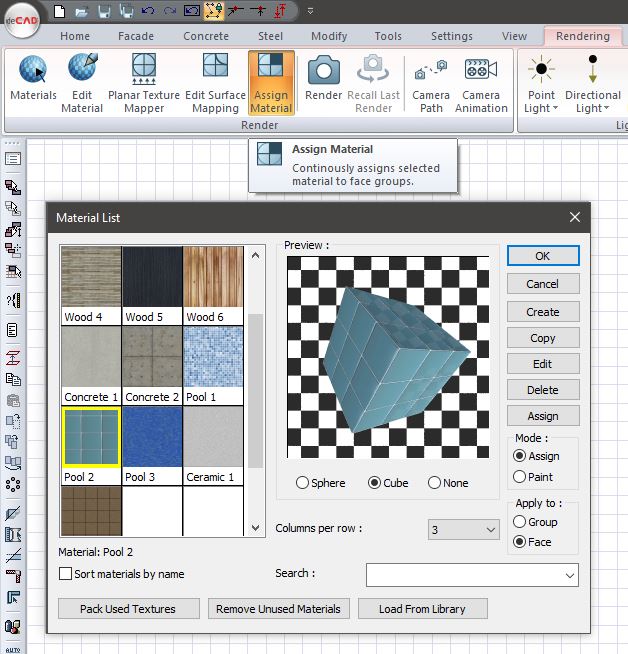 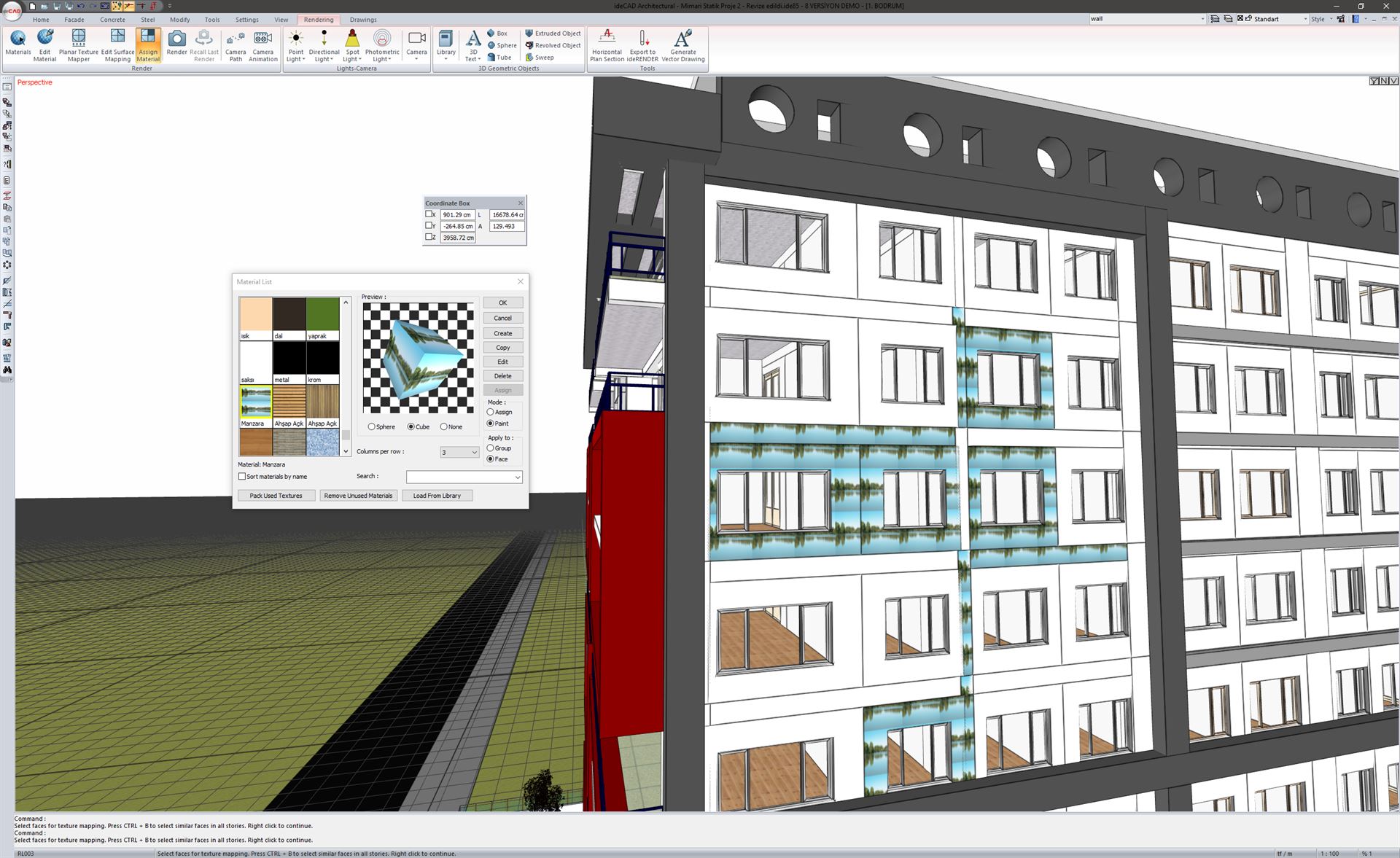 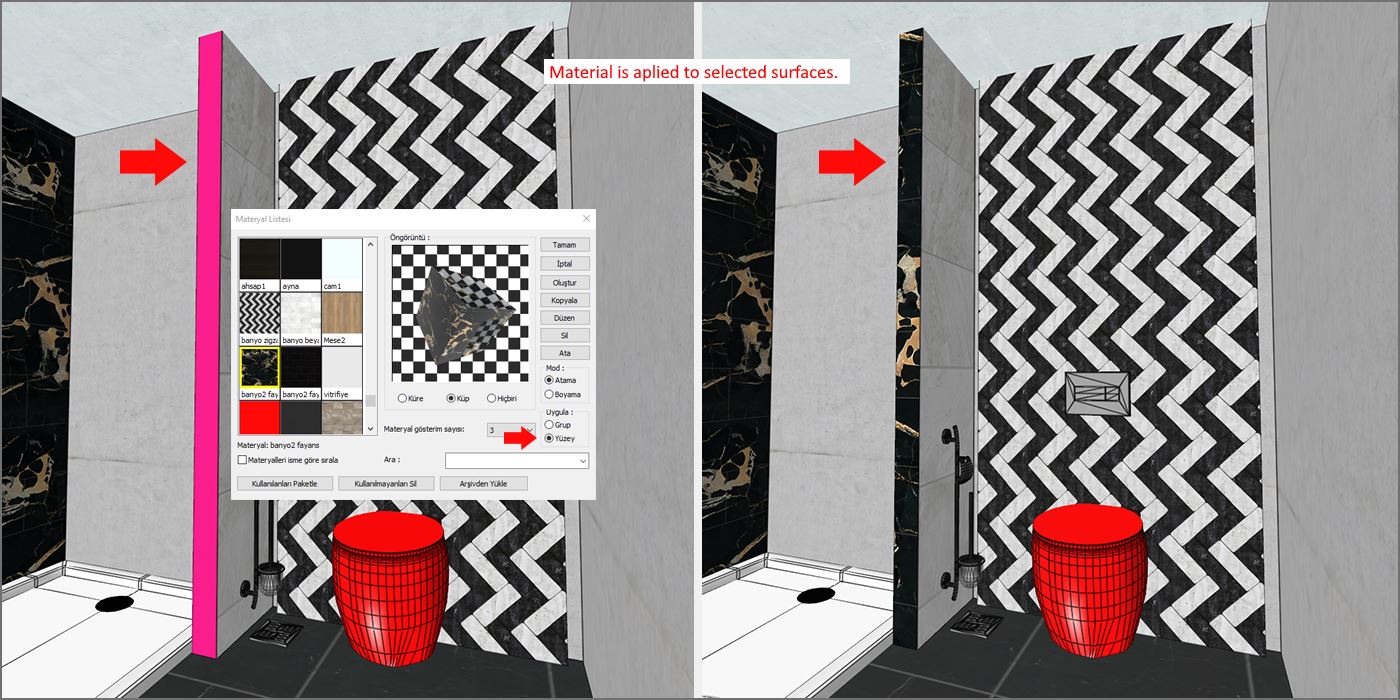 Additionally, thanks to the new possibilities in the v10, for example, it is possible to place the ceramic tile 40x60cm, to decide how many pieces to repeat horizontally and vertically in oder to fit the surface completely. 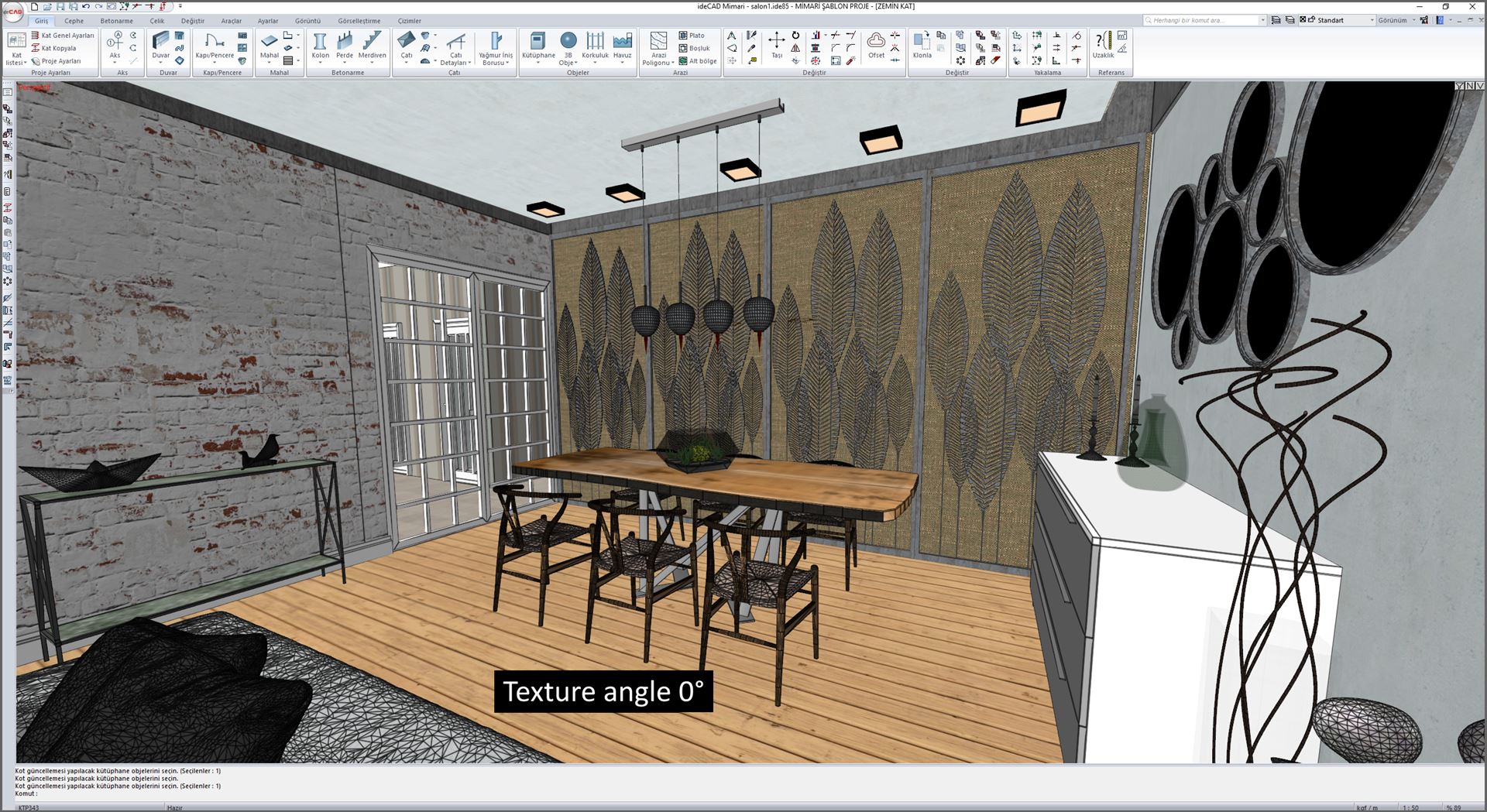 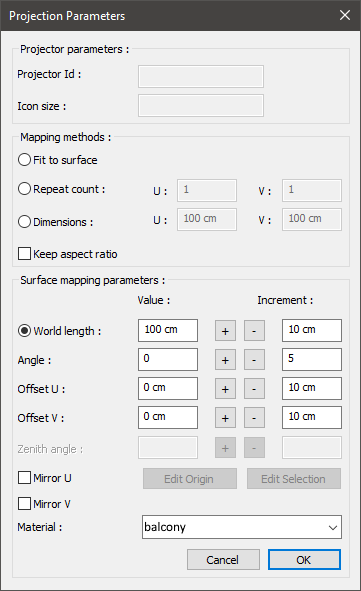 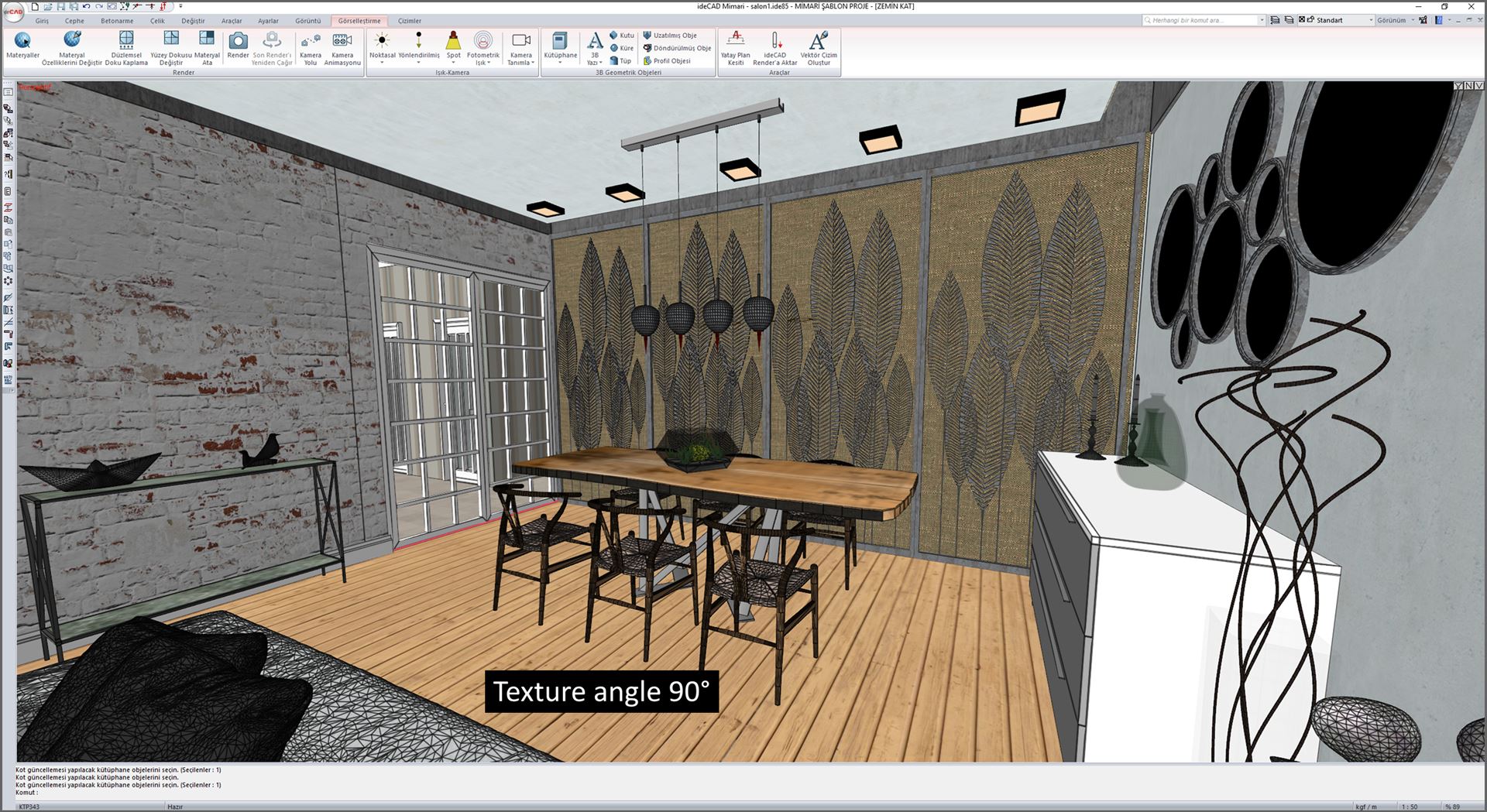 With planar texture overlay command; The continuity of the material is ensured by grouping the surfaces of different objects such as walls, columns and beams in the same direction.

With the same command, it is possible to angle, symmetry and align the texture for selected surfaces.

Surfaces of the different objects you select will be "grouped as one surface" to ensure the continuity of the assigned material. 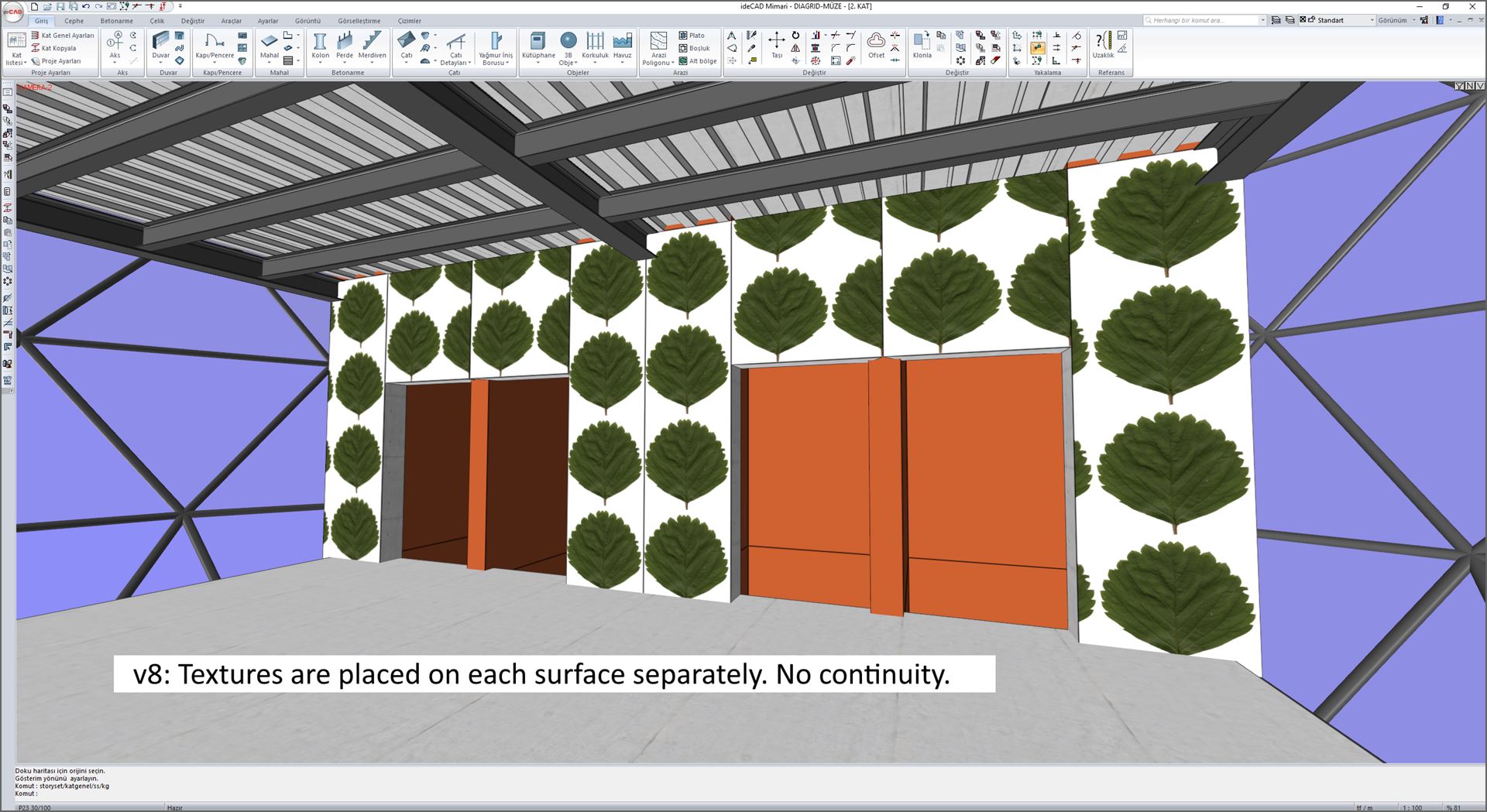 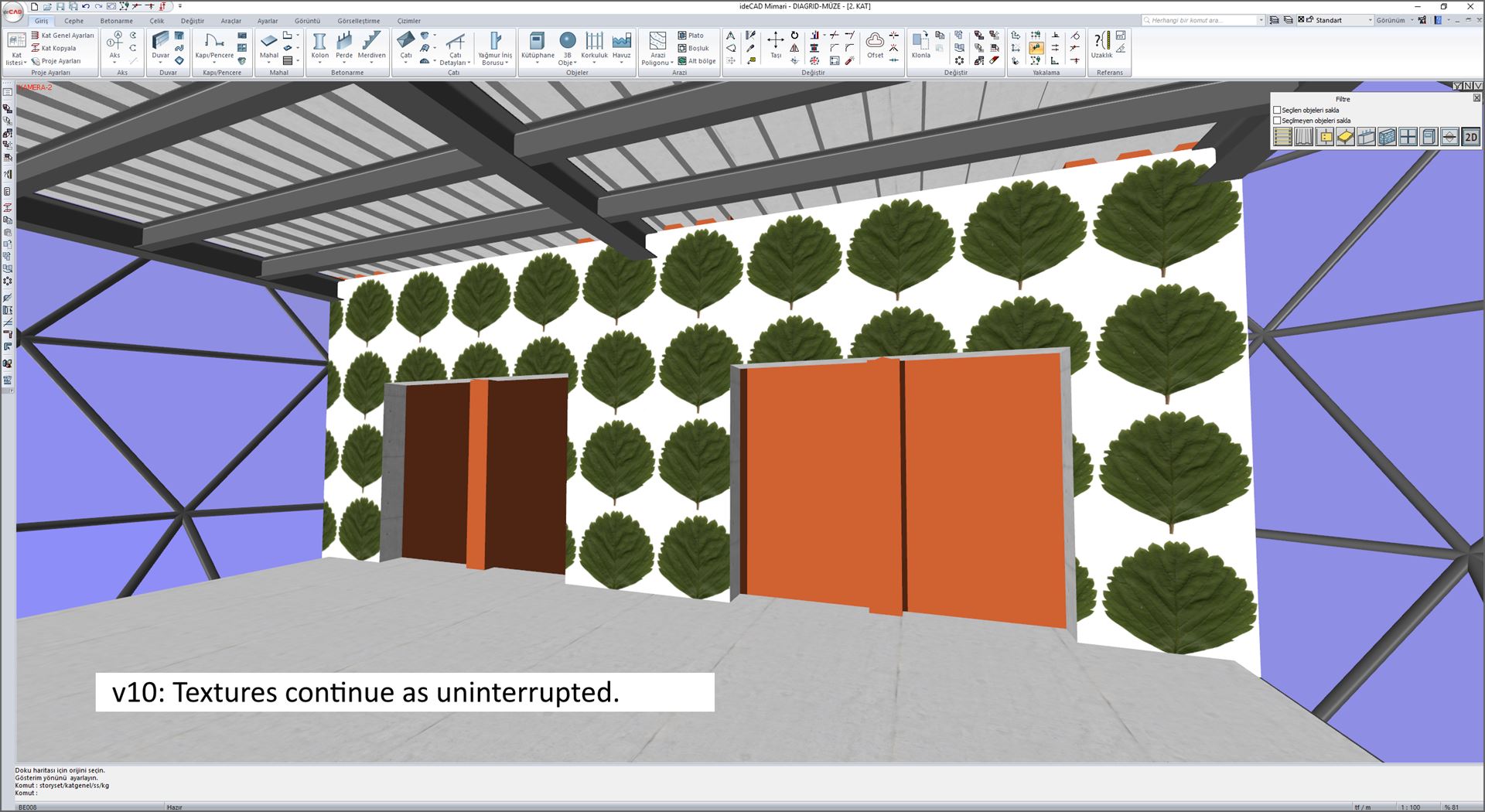 Textures can be placed in a single pattern centered on the selected surface or surface groups. With this fitting option, regardless of the Texture x-y dimensions, for example coatings such as tables, signboards or billboards will be easily applied to surfaces. 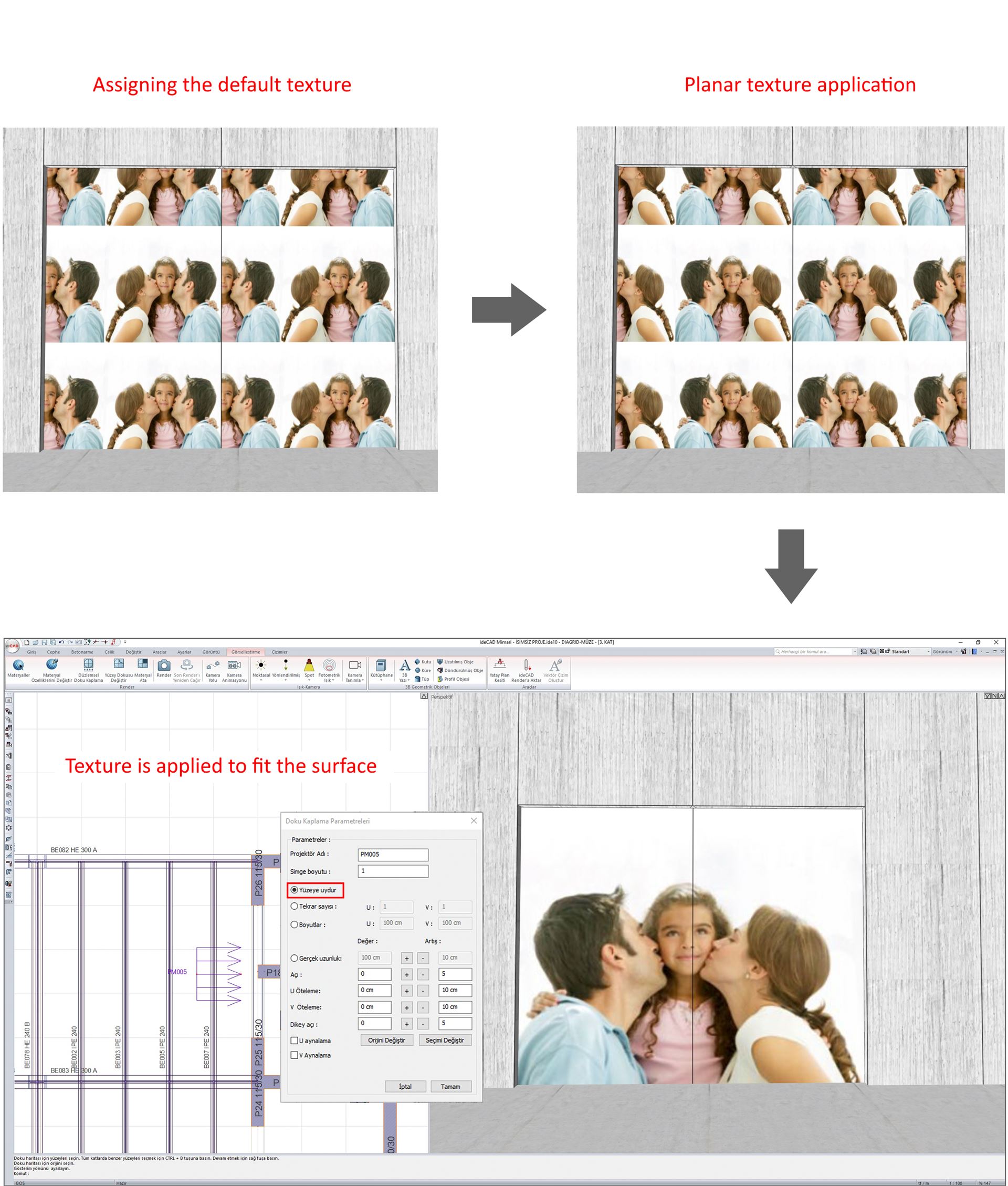 The starting point of the texture can be changed. When the wall corners indicated with (+) are selected as origin, the texture placement will start from these points.

With the U-V displacement parameter, you can also determine the placement of the texture by shifting it horizontally and vertically in real time. In this way, you will be able to follow the floor and wall ceramic joints by following them in perspective, especially in places such as bathrooms and kitchens. 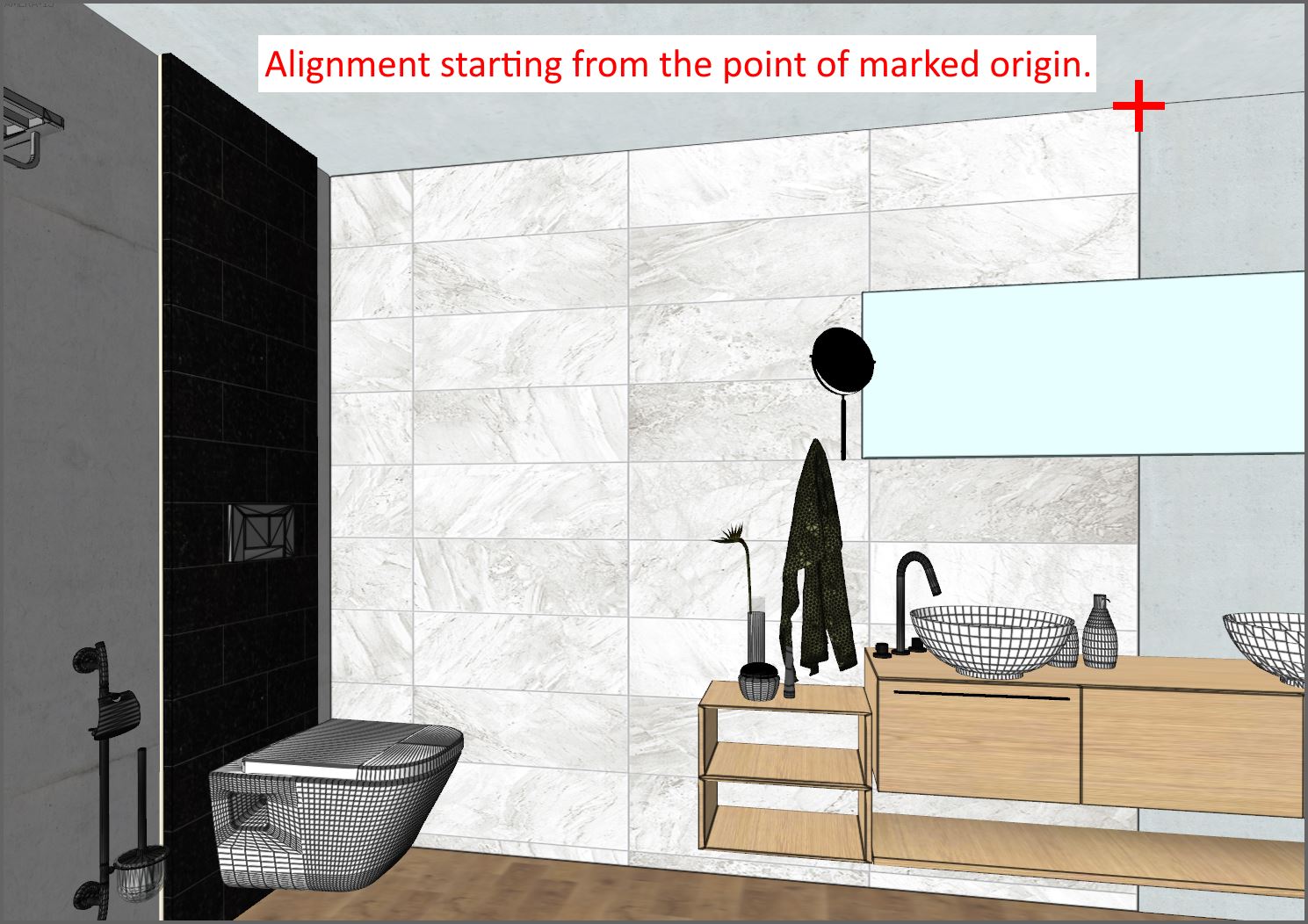 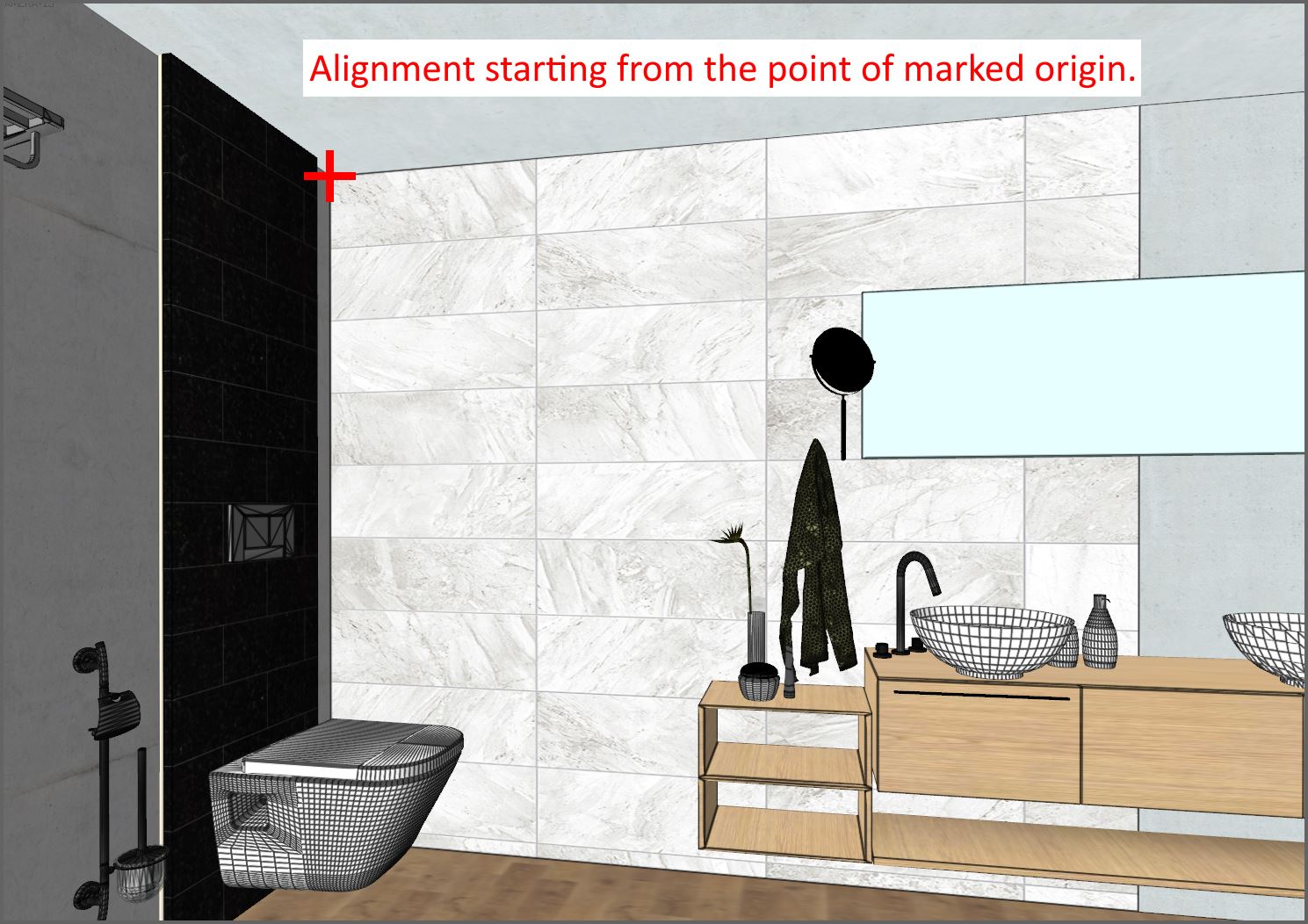 New libraries of furniture, tools and accessories and pool accessories. 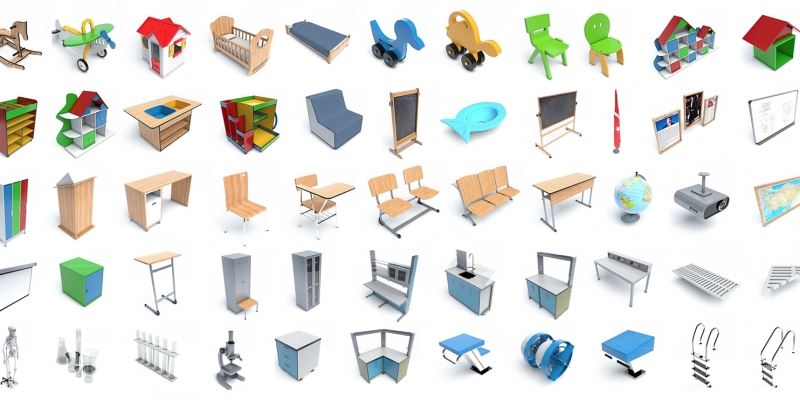 Automatic detection of the slope of the ground to be placed and the possibility of placing library objects in accordance with the slope. 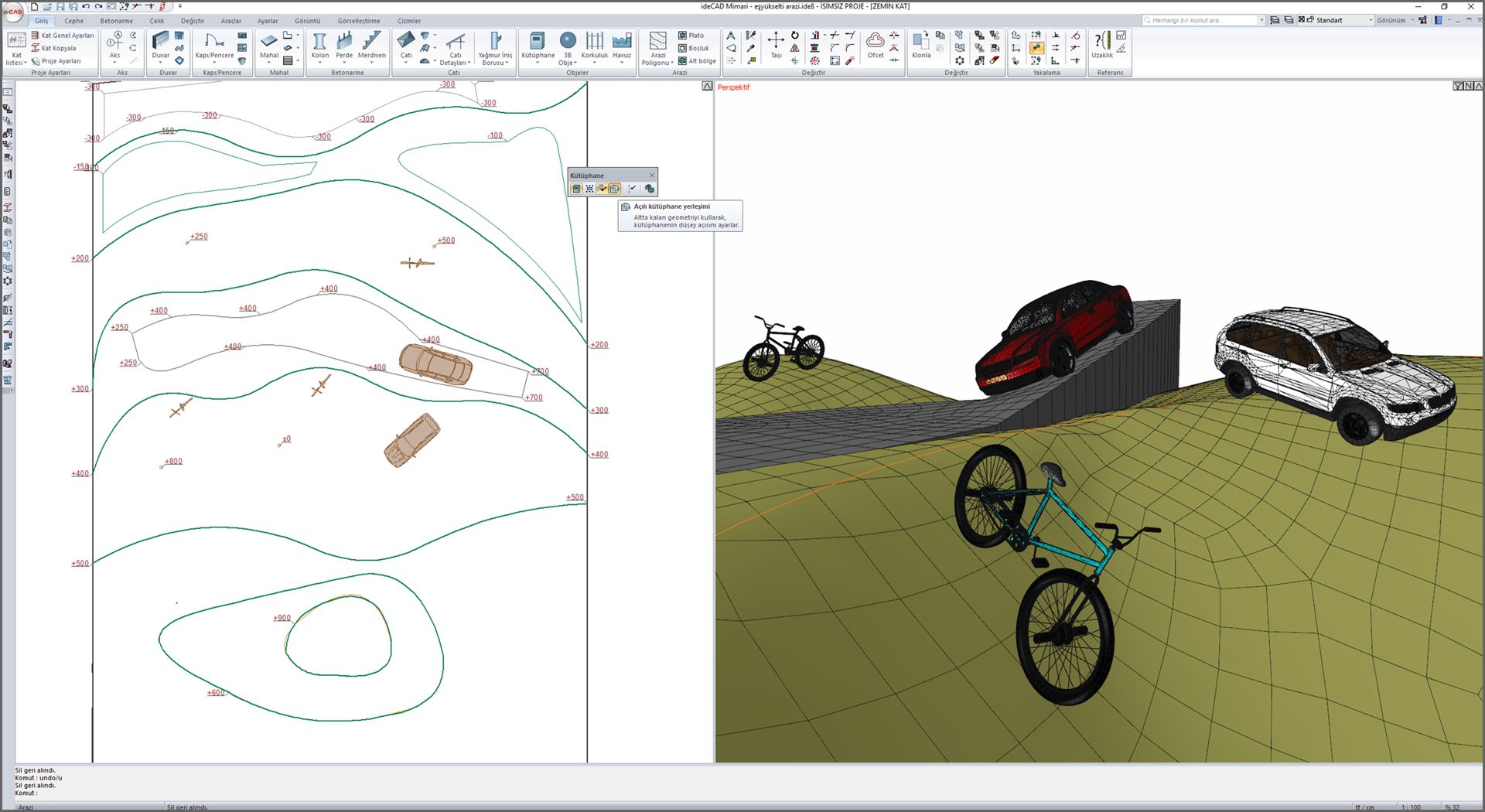 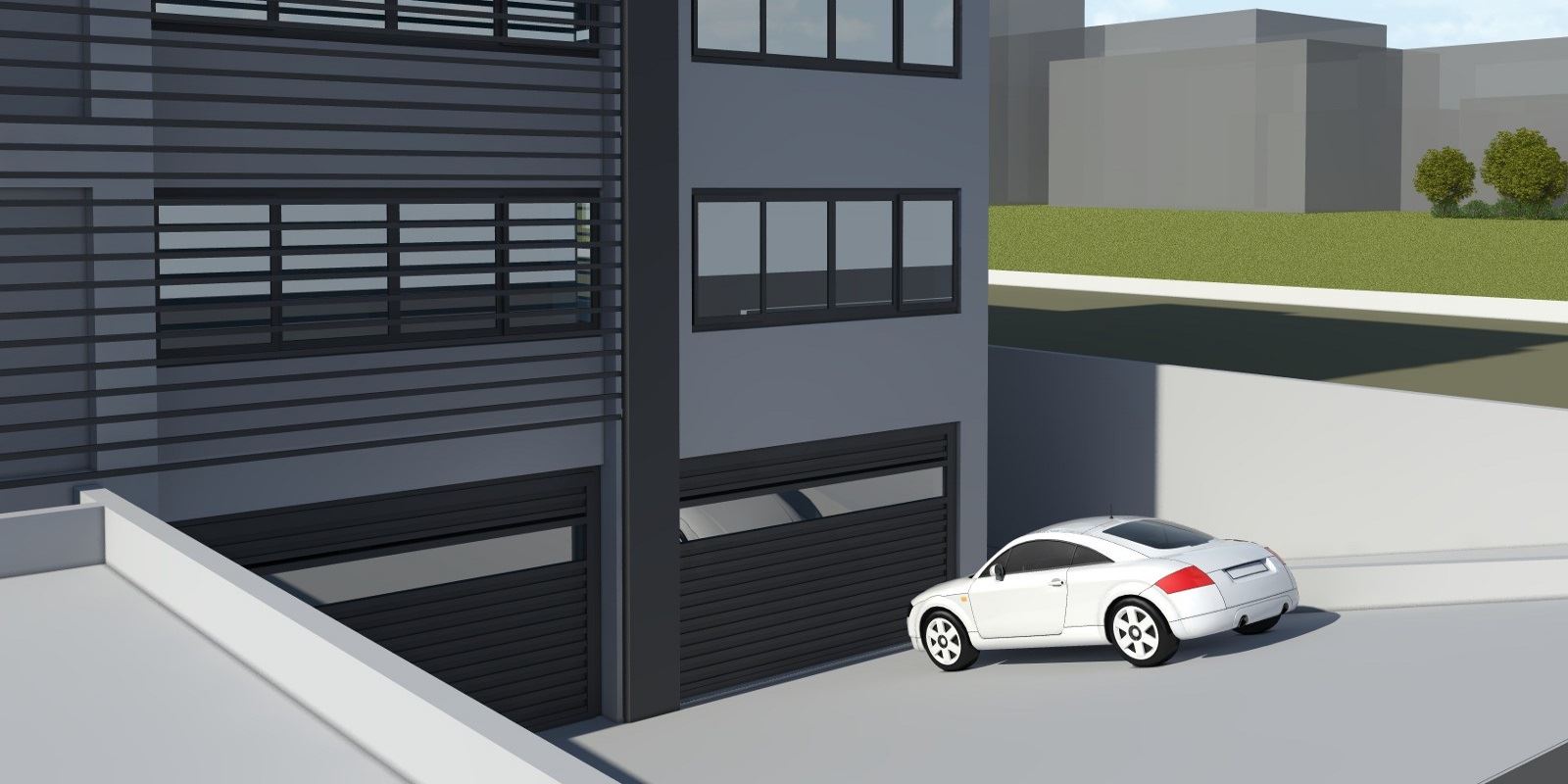 With 3D text command; 2D text you will write in the plan is made 3D by defining the thickness. Angle and elevation parameters can be entered and used horizontally, vertically or angled in all view planes. 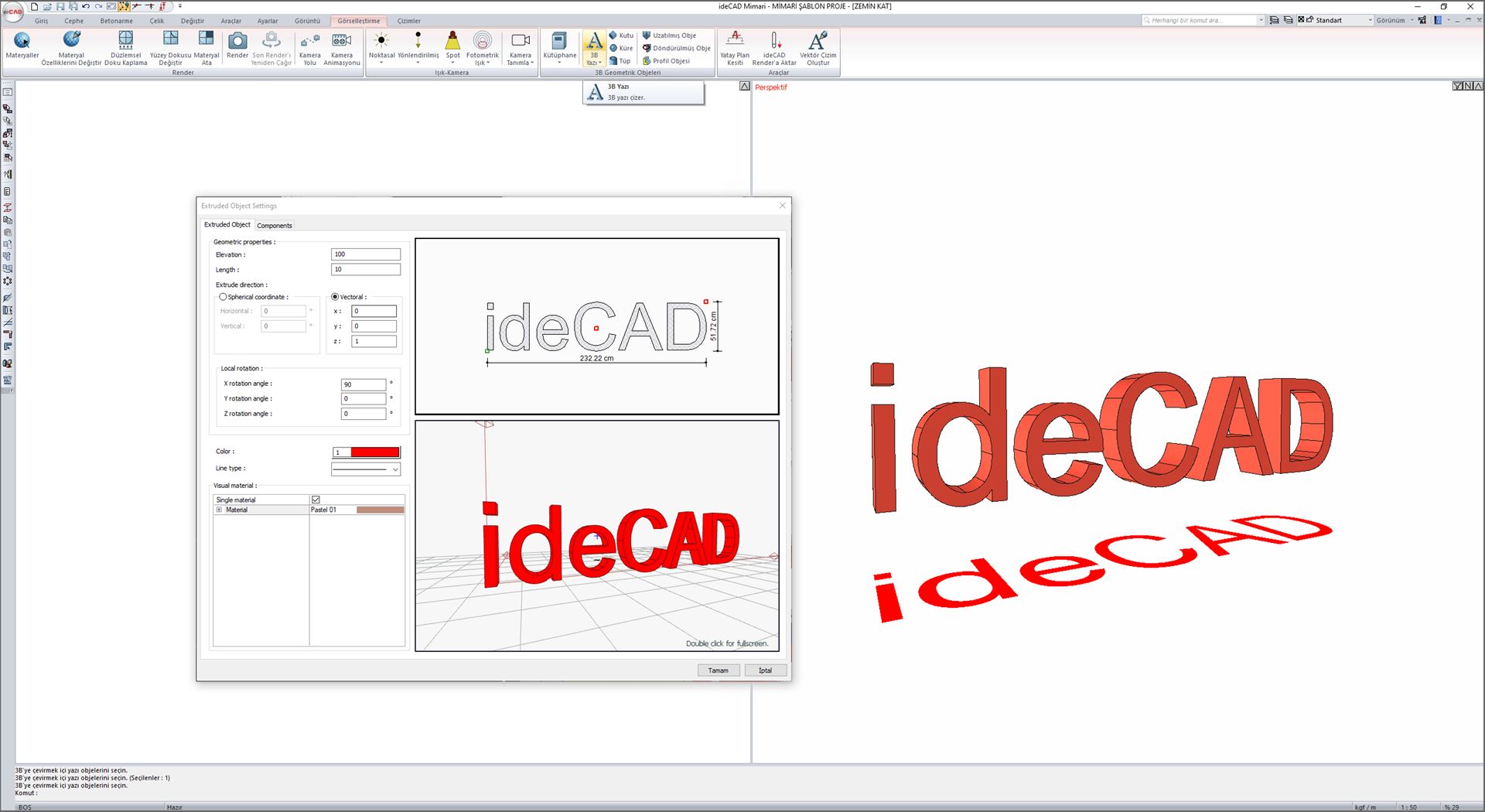 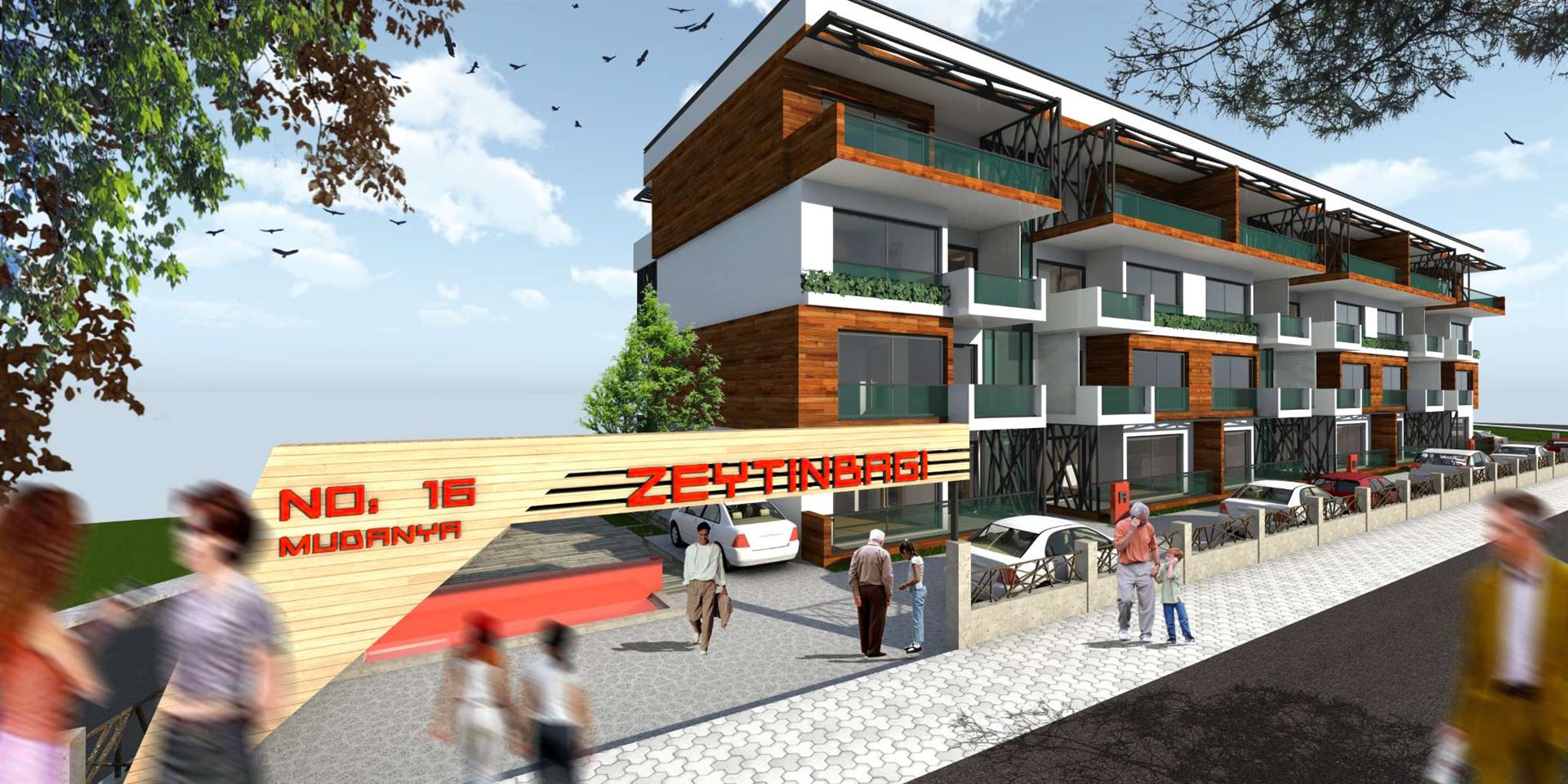 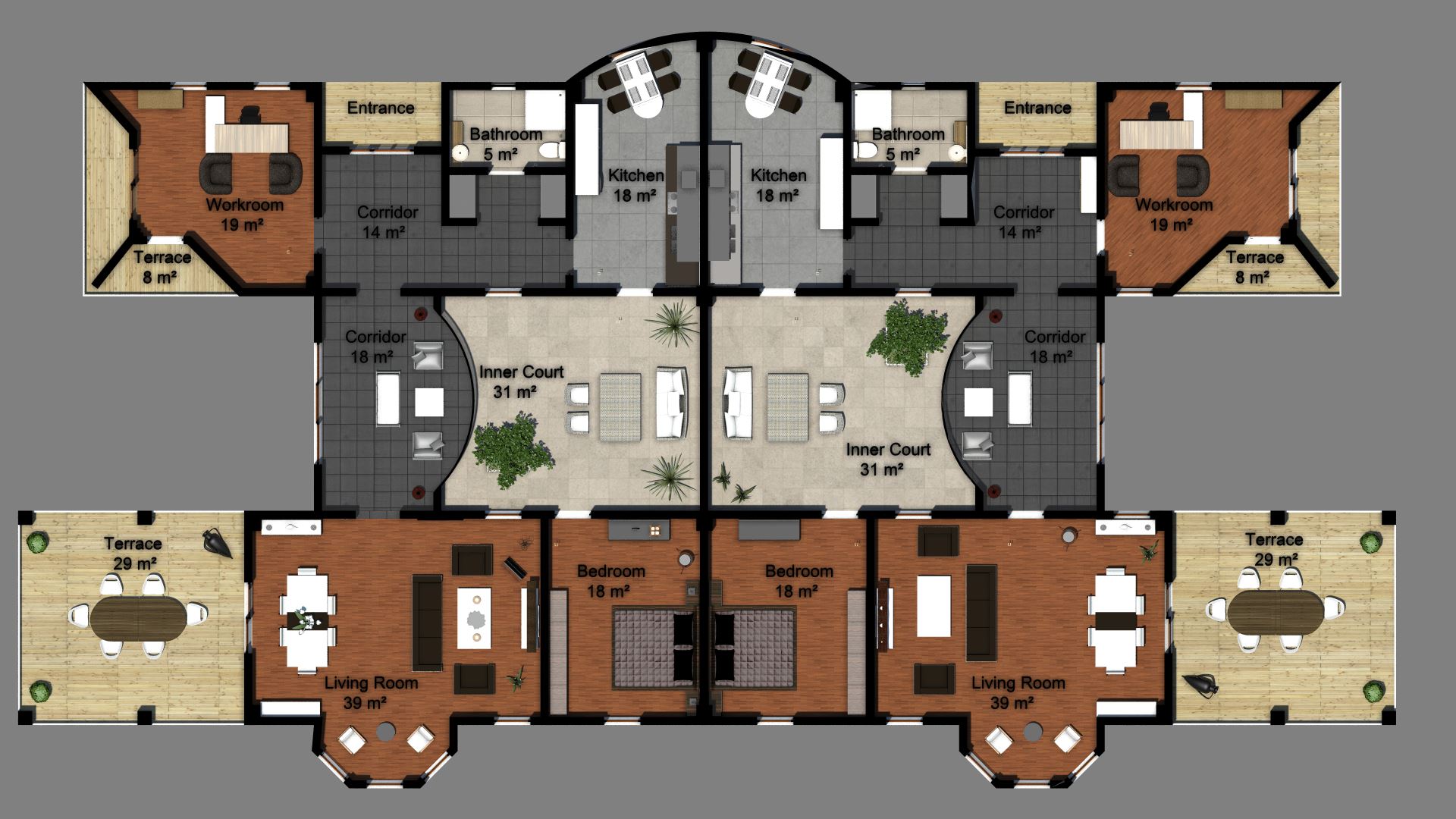 The desired objects and elements can be accessed quickly by searching by their names on the material menus, such as library, door, and window. 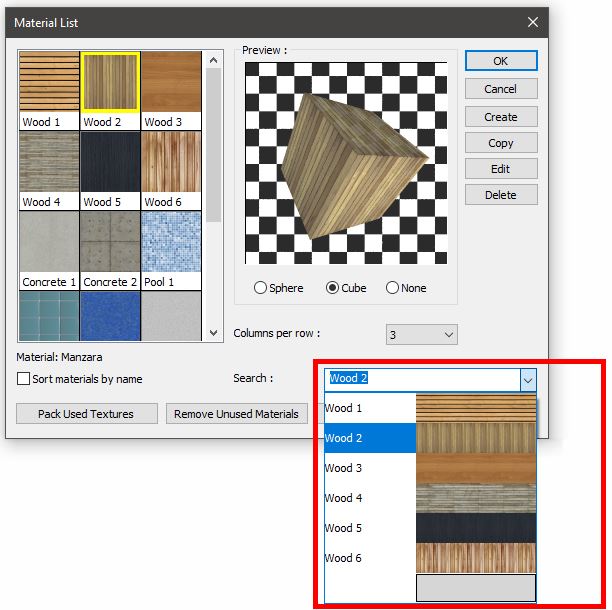 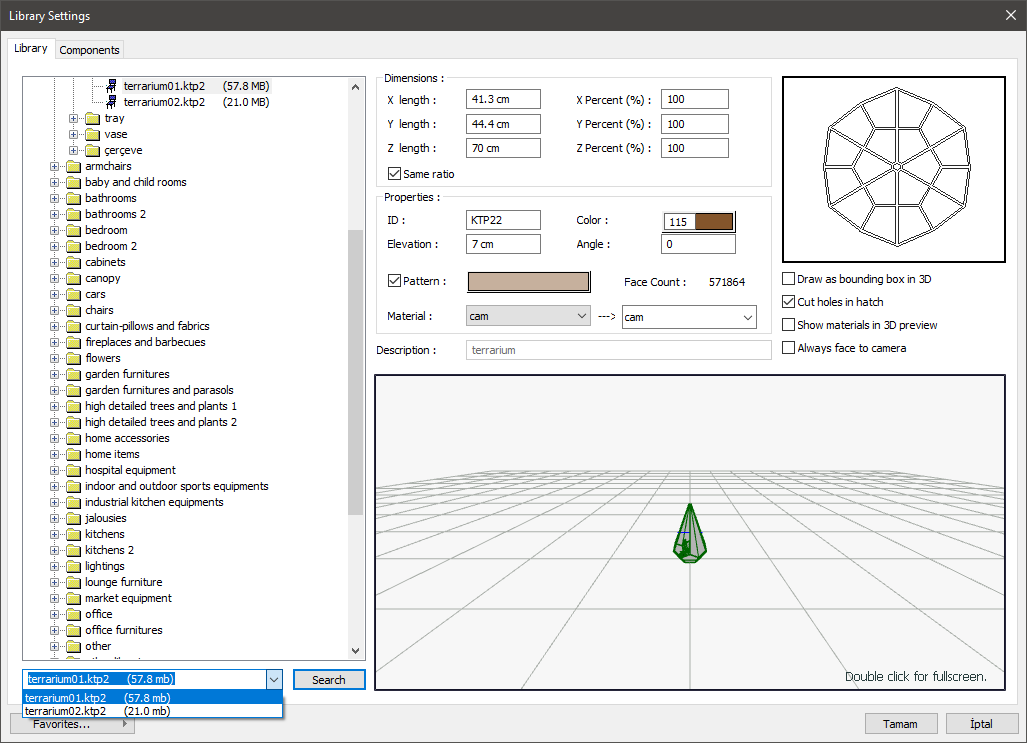 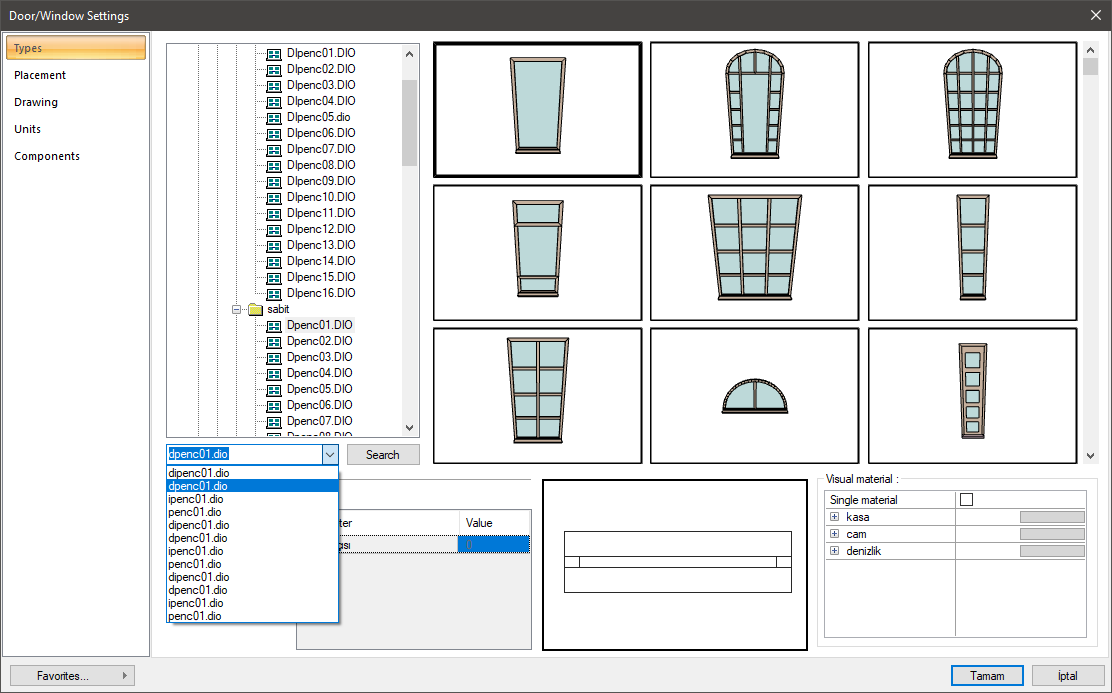 With the "exact frame" feature, you can follow the dimensions and view of the image from the perspective screen before it is rendered. Areas that you want to see, just keep them within the area bounded by the red frame.

This allows you to complete your rendering and animation work faster, as your final image will come out the way you planned.

• The filtering selections on the perspective screen apply to all windows.

• When the articles are scaled, line spacing is scaled at the same time.

• Possibility to move to the subsequent line in the local writings. 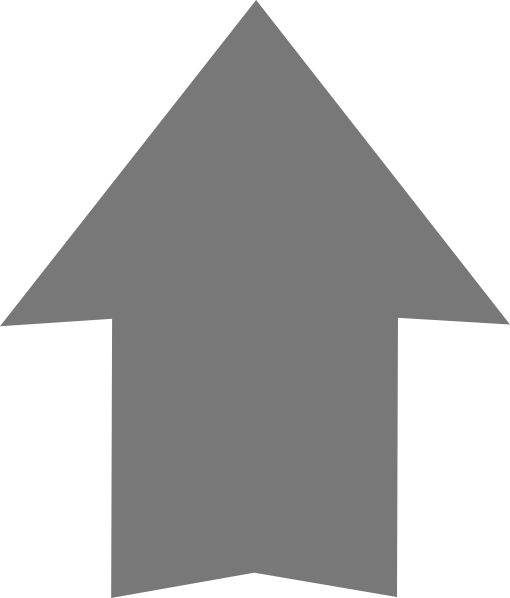